An internet troll can be defined as someone who intentionally incites other social media users to anger by means of offensive posts or comments.

The main purpose of an internet troll is to incite anger or negative feelings.

They derive joy in flaming discussions and they aren’t bothered if what they say is factual or not.

All they just want to do is annoy others and they are really good at it.

In severe cases, internet trolls haul serious threats at their victim, damage or soil their reputation and these acts can sometimes cause psychological trauma.

Fending off internet trolls without using their disgusting methods can be very hard.

This article will help you in your fight against trolls by highlighting out ways to deal with internet trolls.

I think the first point is obvious, just like I said before, a troll’s sole purpose online is to incite negative feelings.

They do this by sharing comments or contents that cause controversy.

Twitter is a social media habitat for trolls, you’ll find lots of them there.

The irony is they operate under the guise of seriousness when their intention is actually the opposite.

If you aren’t alert you wouldn’t notice them. They are usually the critics of a discussion.

A lot of internet trolls feel they are the sun in the social media solar system.

They crave for all attention so they try to cause dissension so all eyes will be on them.

They take things to the extreme.

Internet trolls love to use pejoratives and get too emotional over little things, more like, they love making a scene.

Brilliant actors they are.

They aren’t reasonable most of the time and they are specific in whom they attack.

Their attacks are usually fixed at a particular person perhaps the celebrity in the room,

or the netizen that seems to be making the most reasonable point.

Use of pejoratives and emotional manipulation is their forte.

so, while they’re trolling you, they might also be trolling someone else in another social media platform.

That may be the reason why they love using abbreviations or even misspell their words,

they are usually in a haste to reply their numerous victims.

Though this may not always be the case.

Internet trolls are what you call negative energy, little about them is positive.

They have strayed from the light and want to lead you astray with them.

It’s very easy to fall and most people result to using their dark methods against them.

But you might be wondering, what is the best way to deal with internet trolls? The answers can be found below.

Some Tips to Help Deal with Internet Trolls

1. Make sure you Have Anti Trolling Policies:

A lot of social media chat groups or forums have anti trolling policies or laws against trolling.

Internet trolls love the usage of pejoratives because they crave attention, that’s their main goal.

And since you are aware of their goal, you have an advantage.

Don’t bite their cake, control yourself.

Your reply to their taunts will only ginger them to cause more trouble.

Internet trolls love to trigger negative feelings in people and you’ll make them feel accomplished if you fall into their traps.

Annoying people is their breath of life, take it away from them by not giving them attention.

When internet trolls spread false statements about you or your business, squash or discard by means of factual statements.

This is an approach Apple took.

A rumor that iPhone 6 was a bending phone was blowing across the entire net few years back.

They didn’t argue with trolls but explained the true issue and all this calmed the wind.

Imitate Apple, just come out with the facts.

We all make mistakes since we aren’t perfect.

And when these mistakes are pointed out by a customer or an internet troll, the wise thing to do would be to work on them.

Jeffery Hayzlett a TV host gave this advice: instead of trying to justify your mistakes, accept you are wrong and work on it.

Don’t just stop there Hayzletts also recommend, notify the internet troll or customer that complained when you’ve corrected the mistake or tell him the changes you’ve made.

He states that, in most cases you won’t hear from the customer or troll again.

Screenshot the post or save the video or picture.

This action is to your advantage, internet trolls sometimes edit the original content to suit their malicious purposes.

But having the real picture or video helps to keep things in check so that they do not escalate.

When I say defend yourself I don’t mean replying the troll with insults.

I mean you should report to the administrator and also block yourself from seeing contents from the troll.

Another tool you can use against a troll is to fill out a form to the child’s e-safety commissioner’s office.

Before filling this form, you should meet up with the following requirements

Note: The child’s e-safety form should be used when children are involved.

Usage of this form seems to be exclusive to Australians alone.

When internet trolls keep bothering you nonstop, you can sign out.

Signing out may not be easy, but it would be best to leave when you are having a bad mood.

Your leave is only temporary, till you’ve gotten over the negative feelings.

Discussing your problems with a friend can help.

It isn’t always easy expressing your feelings to others but a feeling of relive comes after you’ve done so.

Don’t hold back when discussing about it, express yourself fully.

And if the person doesn’t help, discuss with another person.

9. Let your Reply be Humorous:

This strategy is very effective in fending off a troll.

Instead of posting negative comments or replies which the troll expects, use the troll’s momentum against him.

He wants to make fun of you, make fun with him.

He wouldn’t be expecting that and he would be confused about what steps to take next and probably leave you alone.

10. Show kindness to the Internet Troll:

Remember, a troll’s sole purpose on social media is to incite negative feelings.

So, instead of replying with negative words, reply with positive words. It can be likened to quenching fire with water.

Internet trolls can really bring out the worst in people. But don’t condescend to the standards of an internet troll.

They derive pleasure from hurting people, don’t give them a chance.

Follow any of the ten steps explained in this article. Beat them at their own game. 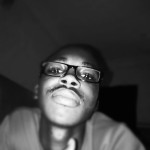 11 thoughts on “How to Deal With Internet Trolls”